A busy day taking the doggies to the doggie spa for baths and hair cuts.  Now that they're home, they can't decide if they want to run crazy, drink loads of water, or sleep.  It's such a stressful life for a Shih Tzu.  Zorro is the gray and white dog at the top left, Bernardo (Bernie) is the standing black and white, and Tony (CH Journie Any Way You Want It).  Tony is retired from showing, but is still on call for other duties...  We are watching Tony for a while to help out my sister who is the owner/breeder and the handler in the show ring.  Bernie is actually Tony's brother from the second litter of the parents.  Zorro and Bernie are not show dogs.  They just didn't make the cut with respect to conformation to the breed. 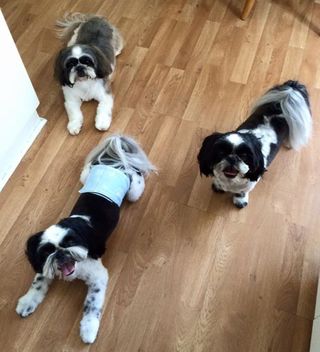 Today's post is a Christmas card with a religious message.  I tend to shy away from religious-themed cards with my clubs and workshops to keep from inadvertently offending someone.  However, the Dove of Peace single stamp and a set of greetings from the Versatile Christmas stamp set just cried out to me to be combined into a card. 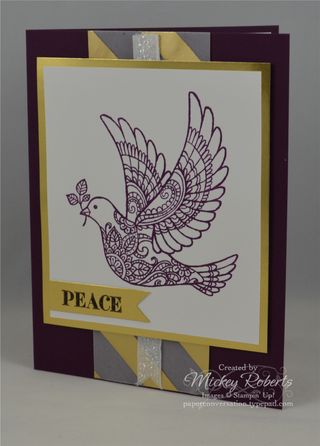 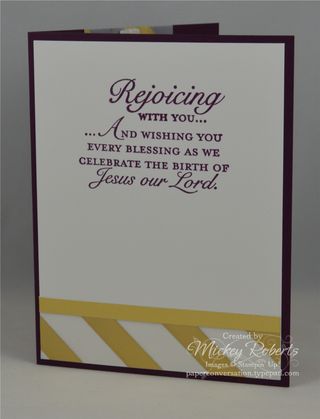 The inside sentiment area of the card was lined with a piece of Whisper White cardstock.  Matching greetings from the Versatile Christmas stamp set were stamped at the upper center of the liner using Blackberry Bliss ink. 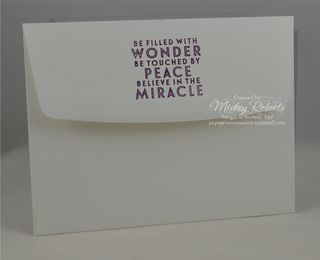 A greeting from the Flurry of Wishes stamp set was stamped at the center of the Medium Whisper White Envelope flap using Blackberry Bliss ink.

And there you have it!  How simple is that card?  Sometimes the simplest design with the right colors has the greatest impact.

Have a great day!